Webinar: The Future of Retail is Coming. Are You Prepared to Handle It?

Join us for a fireside chat with Red Archer’s Chris Walton, founder of Omni Talk, Forbes.com contributor, and former VP Target Store of the Future. Josha Benner, CRO and Co-founder of Uberall will host this discussion of the next evolution in retail and how mobile technology is specifically changing the psychology of our future consumer experiences.

Chris Walton is a leading expert and influencer in omnichannel retailing. An accomplished Senior Executive, with nearly 20 years of success within the retail and retail technology industries. Red Archer Retail and Omni Talk, are one of the fastest growing blogs in retail. Prior to starting Red Archer Retail and Omni Talk, Chris worked for Target, where he was the Vice President of the retailer’s Store of the Future project and also the Vice President of Merchandising for Home Furnishings on Target.com. Chris began his career at Gap, Inc. and holds a BA in Economics and History from Stanford University, and an MBA from the Harvard Business School. 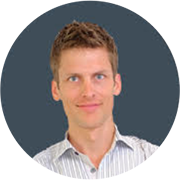 Josha Benner is a co-founder of Uberall, where he was leading the Enterprise business, and responsible for the European expansion. In 2017, Benner launched Uberall Inc. and opened an office in San Francisco to increase the company’s global footprint. Prior co-founding the company in 2013, Benner worked as Head of Corporate Finance at Rebate Networks — an accelerator company for international Groupon clones. He also worked for close to four years as a Senior consultant with Europe’s leading management consultancy Roland Berger, where he advised companies from tourism, logistics, and manufacturing industries. Benner holds a Master’s degree in Administration and Industrial Engineering from the Technical University of Berlin.